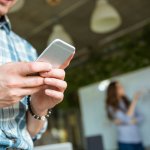 Sometimes it can be difficult to tell the difference between a trustworthy telemarketer and a scammer who uses the phone to lure people in. With the help of internet software, callers are able to operate from just about anywhere in the world, and the phone number coming through looks local and legitimate.

A report published by Pindrop Security, a company providing solutions to protect enterprise call centers and phone users, reviewed phone fraud activity affecting financial institutions, retailers, and consumers in 2016-2017. Their report found that across financial and retail institutions, one in every 937 calls is fraudulent, which is an increase of more than 113% since 2015.

With regard to consumers, it was estimated that approximately 11% of U.S. consumers reported that they lost money to a telephone scam in 2016, with the total loss at approximately $7.4 billion.
Pindrop reported the Top 40 scam campaigns of 2016. The most popular involved Google/business listing scams, followed by loan related scams, free vacation calls, political campaign calls, local map verification calls, and “lower your electricity bill” calls.

Robocall scams have certainly evolved over the years. Calls that were once easy to detect with the help of caller-ID, have now turned into calls coming into your cell phone with the same area code and first three digits as your own phone number. Even millennials, who are more savvy with technology than older generations, are being targeted with these calls, and many falling victim to the scams.

In April, 2017, the Better Business Bureau put out a fraud alert to notify consumers of the “Can you hear me?” scam. Reported as the most popular scam by the Better Business Bureau scam tracker, fraudsters call consumers asking them if they can hear the caller. By responding yes, the scammer has now recorded the consumer’s voice saying yes and can use that to authorize third-party charges on the consumer’s behalf.

Due to the increased frequency of these calls, it is important to be aware of the different types of scams and know how to recognize the warning signs pointing to fraud.

According to the Better Business Bureau, the following are several examples of common robocall scams:

Robocalls are usually seasonal, and the type of scam is dependent on what’s happening in consumer’s lives. For example, during tax season, calls will target more IRS related scams; around election time, calls will be politically inclined; and as we saw earlier this year after the hurricanes, calls were related to charity and donation requests. This time of year, we see more scams related to holiday-related gifts and deals.

How to recognize a phone scam

Robocall scammers try not to give you the time to think about their pitch, but just want to get you to say “yes”. The Federal Trade Commission (“FTC”) released the following list of red flags to help consumers recognize a phone scam:

If you happen to receive a call and suspect that it may be a scam, the FTC also recommends asking yourself the following questions to assist in determining whether or not the call is a scam:

What can you do?

The website ScamDetector.com publishes a weekly top five list of the latest scams in every industry. This could be a great resource to check if you suspect you received a fraudulent call. It is also a good idea to put your number on the national “do not call” registry to stop most telemarketing calls. A good rule to follow is if you don’t recognize the number calling you, it’s better if you just don’t answer it at all. If someone is trying to reach you, they will leave you a voicemail. You also have the option of easily blocking future calls from the number dialing into your cell phone. However, if you do answer, and suspect you are victim of a scam, you should report a complaint to the Federal Trade Commission.