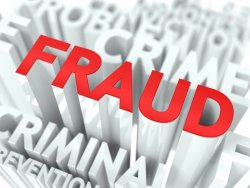 Fact: An organization typically loses 5% of revenue each year to occupational fraud, according to a report from the Association of Certified Fraud Examiners (ACFE),

On a global basis, according to the 2016 ACFE Report to the Nations on Occupational Fraud and Abuse, losses are approaching an estimated $4 trillion a year. Other highlights from the report are:

Perhaps even more distressing is that it’s often long-time trusted employees who concoct schemes to defraud the company. A recent case involving falsified vendor invoices — a common occurrence — illustrates the problem of occupational fraud, or the “threat from within.”

In the case, three employees of a Houston company have been charged with eight counts of wire fraud and one count of conspiracy to commit wire fraud. The defendants — two women and one man — are alleged to have electronically submitted falsified vendor requests to divert money from the employer’s bank account to themselves and relatives.

The company is a branch of a Florida-based security company that installs, tests and monitors fire and security systems.

The Houston branch relied on third-party vendors to install the alarm systems. The two female defendants worked in the accounting department and were responsible for paying vendors and logging the transactions.

For five years, from November 2011 until May 2016, the three defendants allegedly diverted more than $1.66 million from the company’s bank account. The indictment alleges that they used a computer in Texas to submit fraudulent vendor requests for payments to their employer’s bank account in another state. They then purportedly used an electronic bank token to release funds from the employer’s account to their own bank accounts as well as bank accounts of relatives (electronic bank tokens are small hardware devices such as smart cards that are used to authorize access to an account).

This case illustrates just one type of threat from within. Fraud comes in many forms, but generally, there are three main types to watch for:

According to the ACFE, a single fraud continues for an average of about 18 months before it is discovered. Given the type of fraud, that time frame could severely damage your business. To get you started on trying to sidestep the problem, consider the following:

No company, regardless of size or industry, is immune from fraud. You don’t have to go it alone. You can rely on the expertise of professionals skilled in financial forensics to guide you along the way. In particular, they can help with implementation of internal controls and related anti-fraud procedures. Notably, the services may include accounting audits and forensic analysis that can provide valuable insights.

The full 2016 ACFA report can be found here.

If you believe your company may be the victim of fraud, please contact our experienced fraud examiners today!