The HRSA has completed 434 audits of Covered Entities between the years 2012 to 2015. Initially, HRSA endeavored to conduct “selective and targeted” audits of 340B covered entities to provide additional program oversight, monitor for program violations and prevent diversion and duplicate discounts. The selective audits are centered on risk-based factors including the number of outpatient facilities, number of contract pharmacies, the complexity of a Covered Entity’s 340B program and the volume of 340B purchases. Targeted audits are focused on specific violations and/or allegations of noncompliance. Through the proposed fiscal year 2016 federal budget, additional funding will be allocated to program integrity and increasing the reach of the HRSA audit process, with intent to target at least 300 Covered Entities in fiscal year 2016. As of March 31, 2016, 23 audits have been completed by HRSA, with many more currently in process.

One thing notable, but not surprising among the HRSA audited Covered Entities, is the number of auditees that have Child Sites and/or Covered Entities. Approximately 77% had Child Sites, and approximately 79% had Contract Pharmacies. However, the audits involving Disproportionate Share Hospitals and Consolidated Health Centers showed even higher proportions of Child Sites and Contract Pharmacies, while Critical Access Hospitals appeared in line with the overall trend: 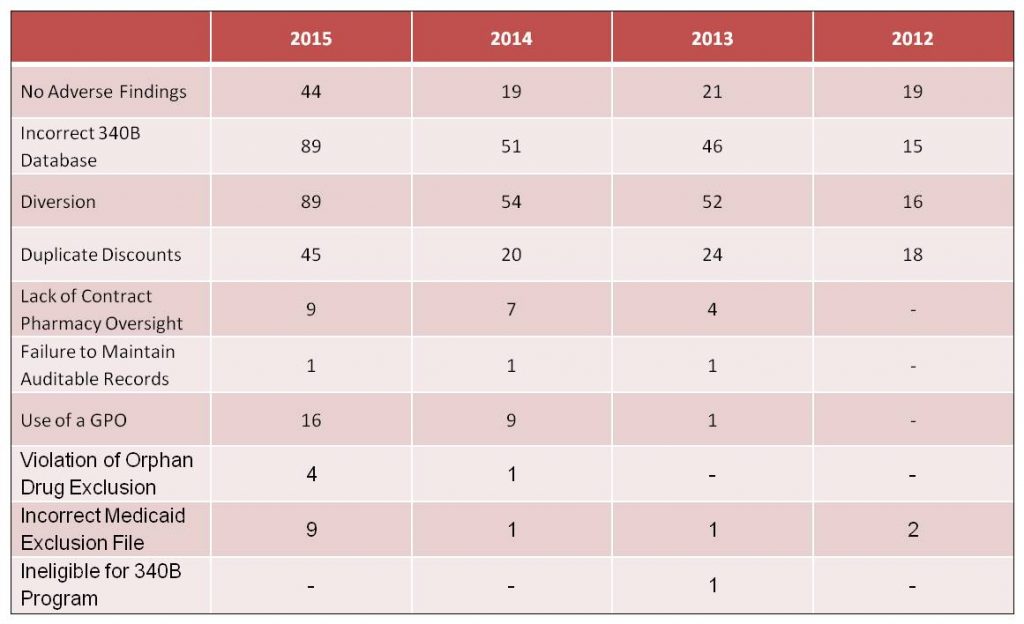 In instances of Diversion and Duplicate Discounts, repayment to manufacturers was the most common sanction imposed on Covered Entities. Other significant sanctions included the removal of contract pharmacies and/or child sites from the 340B program. In at least three instances, a Covered Entity has been removed from the 340B Program.

What Can I do to Prepare for an Audit? 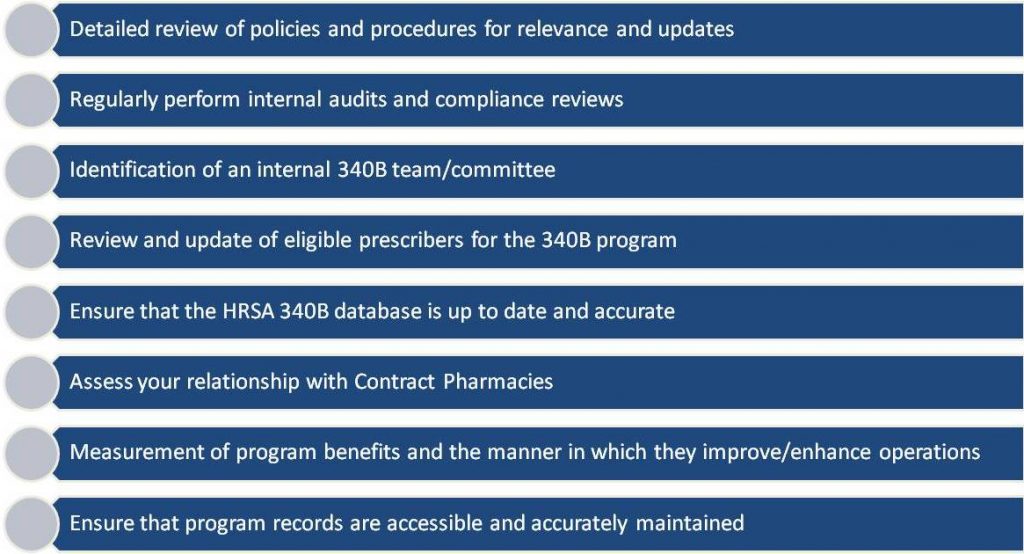 In addition to a robust internal audit/compliance program, Covered Entities are encouraged to engage an independent party to perform an audit of your 340B program. Also, the Mega Guidance is proposing standards to incorporate annual audits and quarterly reviews of contract pharmacy relationships.